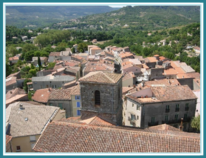 Our family has owned property in this gorgeous part of France for over 20 years. The mediaeval village of Soubès is only 5km from the cathedral town of Lodève, which has a fantastic traditional market on a Saturday morning and a good selection of shops and restaurants, plus banks, tourist information and supermarkets.

The nearest large city is Montpellier, which is about 60km (45 min) drive away and easily reached via the  motorway. Also within easy reach are Clermont L’Herault, Pezenas, Lac du Salagou and the coast around Sete and Cap d'Agde. A little further afield are the fascinating walled town of Carcassonne, the Roman town of Arles, Nimes (with its fantastic Roman ampitheatre), Aigues Mortes on the edge of The Carmargue, Uzès and the famous Pont du Gard.

Les Pavots is about nine hours’ drive from Calais, less than five minutes from the A75/E11 autoroute. The nearest airports are Montpellier and Beziers, both less than 50 minutes by car, with other options being Nimes, Carcassonne, Perpignan and Rodez - all within 90 minutes by car. You can also get the Eurostar/TGV to Montpellier in just seven hours from London and now there are also direct trains from London to Avignon, where you can hire a car to take you to les Pavots.

Les Pavots is located on Chemin de Coutelles, Soubès, 34700, France. The map below shows you the location (may not be viewable on some tablets or smartphones). 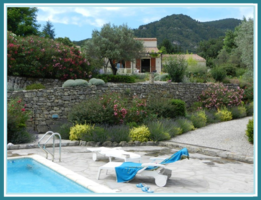 Who rents Les Pavots?
Families, family groups holidaying together, couples - anyone in fact!

Location good for?
People who love the outdoors, French village life, fantastic wine and vineyards, sunny days and warm nights. Perfect for those who want to be active (cycling, walking, kayaking). Enjoy peace and tranquillity and privacy to do your own thing.